For only $2.99, seven novellas, seven authors. Get your copy today.

Blurbs are below.
Available at Amazon.com 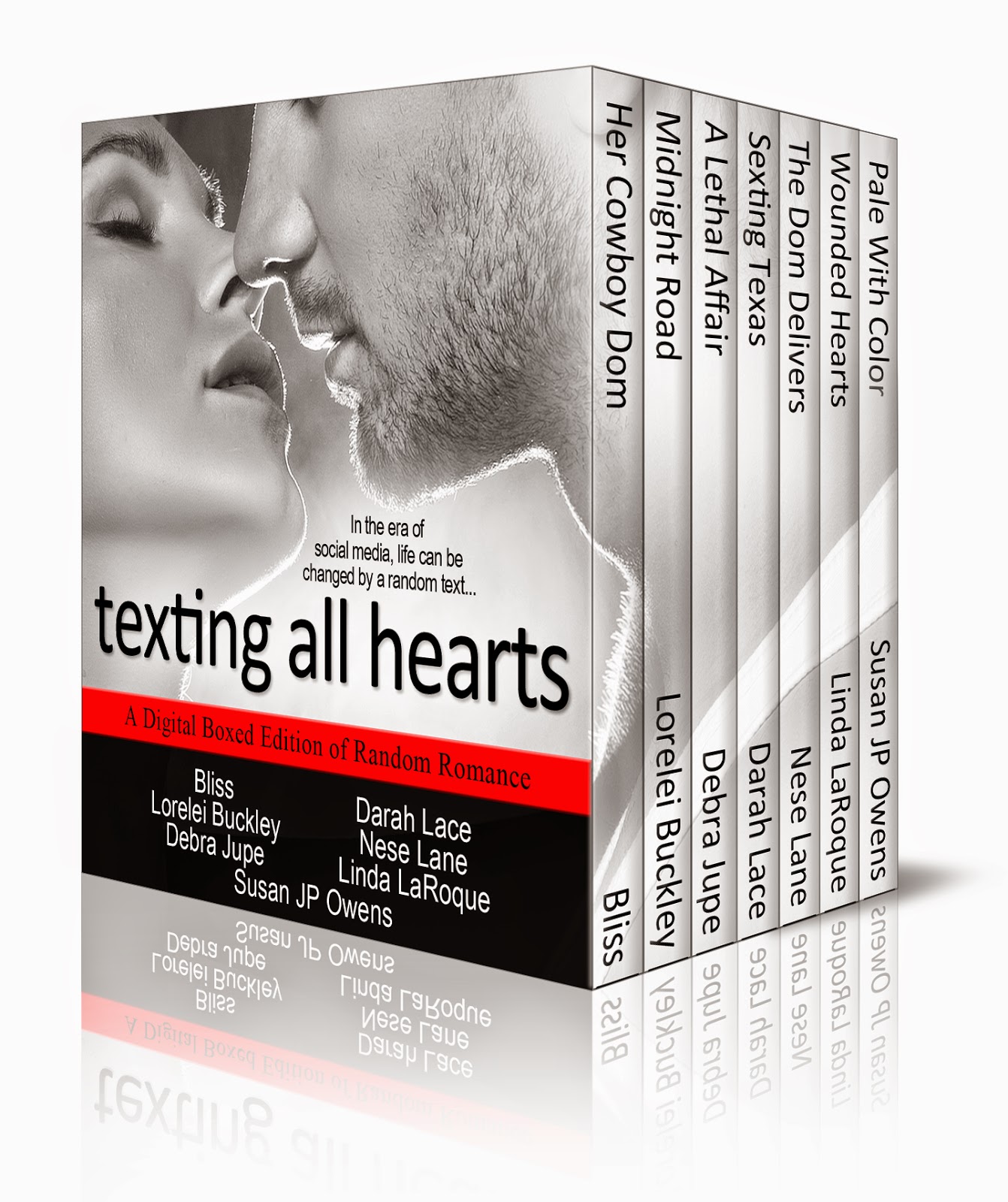 Tate Hardy’s best friend leaves him all his cattle if he spends thirty days on a ranch with a woman he wants but can't have. Jess is a nice girl, and Tate doesn't do nice. Jessica Campbell needs her brother’s cattle as collateral for a loan. To get rid of the sexy bull rider, she suggests he teach her about D/s. When he agrees, Jess gets more than she bargained for from her cowboy Dom.

Drew Mathews cherishes her deceased husband’s lingering spirit. When his best friend, Dominic, reveals her late spouse’s dark secrets, Drew's crushed. She turns to Dominic and neighbors for support and stumbles into a passionate love affair and a slew of bizarre commonalities restricted to the residents of Midnight Road. As mysteries unfold, inalterable conditions threaten her romantic relationship, her life, and possibly, the world.

With a rumored serial killer targeting exotic dancers, Daisy Piper is more than a little worried when her co-worker goes missing. Her concern escalates when a guy she’s never met shows up claiming her friend stole his laptop. A mild-mannered computer whiz on the surface, Miles Garton is a total contrast from the streetwise Daisy. But he’s on a mission of his own, making the jaded stripper suspicious. Fighting each other, a mutual attraction, and the truth, they team up to find the missing woman.

Texas Tallulah Taylor never thought she’d be turned on by a dirty text from a stranger, one that leads to a delicious sexting session with her best friend. Will Sanderson never thought the love of his life would see him as anything but a friend. Maybe sexting Texas will show her this cowboy aims to give her the ride of her life…for the rest of her life.

He’s a Dominant, and she’s as vanilla as they come…
Designer Jenna Jaynes enjoys the safe bubble of her creative world, until her delivery guy bursts through and steals her heart. CFO Aden Kelley’s regimented world is thrown into chaos when a spitfire dressmaker captures his soul. Will the Dom convince vanilla to swirl?

Cheyenne Clark doubts Captain Joseph Westerly’s beliefs about reincarnation, but a twenty-first century gal stuck in1862, during the Battle of Gettysburg, creates a new perception about philosophies and physics. After Joseph’s death, Cheyenne returns to her time period and anticipates his rebirth. Will Joseph find her?

I hope you'll pick up a copy!