Sally Shepherd Rogers is a friend from my school days. I won't say how many years ago we attended the University Junior and then University Senior High School. Let me just say, in our earlier years Alice Lon , a performer on the Lawrence Welk Show, petticoats were in style. Sally and I reconnected in 2009 when our high school had a reunion.

Sally shared an article she writes for her church newletter. I'd like to share it with you and I hope you enjoy it as much as I did.

Whatcha doin‘?” my daughter-in-law asked when she noticed my 14-year-old grandson gazing fixedly at his brand-new baby brother.

“I’m observing him,” the young genius replied. (I’m not being facetious here, he actually is certifiably brilliant.)

“And so,” his mother questioned, “what are the results of your observations so far?”

“Well. . .he breathes, he changes colors, and he exhibits a wide variety of facial expressions.”

My grandson can be forgiven for attempting to use the scientific method to explain a new human -- or even a used one for that matter. After all, throughout our history, we’ve applied much worse and more damaging methods of defining ourselves and our young, often to the detriment of our entire race. I remember a statement I heard years ago, made by a television character who each week dealt with the most sordid of fictional crimes.

When another character asked how he could stand to even look upon those who so horribly victimized others, the ersatz detective answered: “I try to remember that each one of them was once an infant, someone’s child. Then, I look for that child in every criminal.”

That insight has stayed with me throughout the years, although I’ve not always successfully implemented it. I will keep trying, though, and with God‘s help, I‘ll get there.

Of course, there’s the ongoing, never-ending contention between “experts” as to whether infants are molded by environment or genetics. I’m pretty sure we’ll never know the answer to that.

In my experience as a two-time mom and six-time grandmother, however, I’ve concluded babies are neutral. They are inarguably born innocent, yet they’re neither good nor evil. They’re a blank slate upon which others write until the child grows old enough to write for himself. But even then, what’s been previously written will affect the adult that little one becomes.

At our recent diocesan council, a young man stood before the 400 assembled clergy and delegates and, while choking back tears, told of being sexually abused as a child. I was awed by his courage -- that’s not an easy tale to tell. The man had suffered, and it was obvious he suffered still from what had been done to him.

Children are vulnerable and defenseless. Only the most cowardly, only the lowest of the low would seek to harm one of them. My anger at those perpetrators is intense and, I must admit, vengeful.

But then, with God’s help I can perhaps remember this -- that even the worst of us were ourselves once infants, and our own slates were written upon by others, whether for good or for ill.

I must bear in mind that victim and victimizer alike once lay helpless in a crib, where each breathed, changed colors, and exhibited a wide variety of facial expressions.

I must remember that even the most immoral of us were once innocents.

And with God’s help, I will.

Thank you readers for stopping by. Please leave Sally a comment. Happy Reading and Writing!

A Way Back is out in Paperback 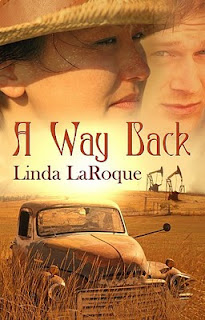 I'm thrilled to announce that my time travel set in the 1930s oil fields of Texas is now out in paperback.
Here is a short blurb.
In the 1930s oil fields of Texas, a woman from the future finds new purpose as she helps a banker rebuild his financial empire.
Amber Mathis, a Wall Street investment banker, returns to her office after burying her mother. Distraught, tired of the rat race, she's determined to make a career change. In the elevator she falls and rises to find herself in a vintage lift. The date is February 25, 1930, and a man stands on the window ledge in her office ready to jump.
Wellman Hathaway, owner and CEO of Hathaway Bank in New York struggles to pay his depositors half their losses. A woman claiming to be from the future appears in his office and involves him in a scheme that forces them into marriage. With Amber's knowledge of the financial history of the 1930s, they travel to the oil fields of Texas to recoup Wellman's funds.

Two people from different centuries are thrown together to survive a difficult time. Will they find more than A Way Back to prosperity?


Do it her mind screamed. In one swift move she locked her arms around his waist, pulled, and dropped to the floor. She cringed at the loud crack when his head hit the window sash as he fell back landing on top of her.


They both remained still for a moment. The air knocked out of her, she managed to gasp out, “Could you move? You’re squashing me.”

He rolled and her head bounced on the floor as she changed positions from trying to rise to flat on her back. Long arms held hers above her head and muscled legs kept her body from moving. Striking gray eyes pierced hers, examining every inch of her. Her face flushed at the intrusion and she struggled to get him off. He applied more pressure and she stilled.
A lock of blonde hair fell over his forehead, a patrician nose flared in anger, as his square jaw tightened. He ground out, “Who the hell are you and why’d you try to knock my head off?”
Click on this link to buy your copy of A Way Back.
Thank you for reading and writing!
Linda
http://www.lindalaroque.com/

Poets, Western Writers, and Folklorist Meet in the Mountains


Poets, western historians, and writers wanting to collect and record folk stories about their local area or their family will be impressed with the professional lineup at the 20th annual Texas Mountain Trail Writers' Western Round-Up in Alpine, April 8, 9, 10.

Larry Thomas, 2008 Poet Laureate of Texas, will be a headliner and is offering an unprecedented treat, a free critique of one poem to each registered participant. In addition Andy Wilkinson, western historian, poet, playwright, and songwriter will join the team, and it will be rounded off by Dr. Beverly Six, a Sul Ross State University professor who will teach the collecting, recording, and writing of folklore.

The retreat is held at a church encampment in the mountains west of Alpine. Cost for the weekend, with speakers and five meals included is $135 before March 15 and $150 after. Inexpensive rustic lodging can be had at the encampment, or there are many motels in Alpine. The weekend is fun and informative. For the Retreat Overview or information, email Reba Cross Seals rcrossseals@wildblue.net or Jackie Siglin bakedalaska1@bigbend.net or visit our website at http://www.texasmountaintrailwriters.org/

I love to attend this retreat. The folks are fun, the food wonderful, and the mountain air so refreshing. If you'd like to see some pictures, go to the photo album on my website.

Would you like a copy of Recipe for Romance, an Excerpt Cookbook? 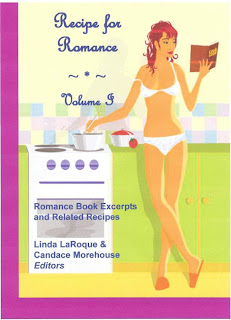 When you become a follower of my blog I try to send you a copy of the excerpt cookbook, Recipe for Romance, a number of authors put together several years ago. However, sometimes I can't get blogger to send the email. So, if you'd like a copy and haven't received one, email me at linda@lindalaroque.com and put Recipe for Romance in the subject line. I'll shoot one over to you.