I was tagged by Ciara Gold along with six other authors. My challenge is to go to page 7 of my current work in progress and post seven lines. When I'm done posting, I get to tag seven other authors. Hmm, who shall I tag? Oh and once I'm done, I challenge those seven to do the same and tag 7 more. Too fun!


And now for my excerpt. This is from my current wip tentaviely titled Birdie's Nest which is my current Work-In-Progress.


The Brazos Belle stood at the dock decked out in party streamers of green and maroon to match Samuelson’s logo colors. A costumed butler took her invitation and escorted her across the gang plank. “Everyone’s is aft on the upper deck, miss. Up those stairs. You won’t miss the crowd.”

Voices and laughter grew louder as she approached. What a sight. Men and women in period dress graced the deck milling about in conversation, eating hors d’ouevures, and drinking wine and cocktails. She lifted a glass of champagne from a passing waiter and made her way to the rail to observe as they cast off. Maybe she could hide out over here for awhile.

Watching the ripples of the river glide by soothed her. The boat was almost abreast of Birdie’s Nest. Red brick, her home sat on the remaining five acres of family land a hundred yards from the road with a red brick drive leading up to the covered side entrance.

My 7 authors to tag:

Welcome MK. It's always a pleasure to meet an author I haven't read before. I'm thrilled to have you here today to learn more about you, your latest release and some of the research you've done on cattlemen in Montana.

"The range cattle industry has seen its inception, zenith, and partial extinction all within a half-century. The changes of the past have been many; those of the future may be of more revolutionary character." – Conrad Kohrs

In a land of soaring mountain peaks, lush forests and abundant wildlife prevails a history rich in trappers, miners and nomads, each with their own remarkable story. The history of cattle ranching in Montana is not as old as others, but it was a beginning for what would become a long-lasting way of life for many people choosing to carve out a life in this rugged land. What was once home to millions of bison and the native peoples, became a land taken over by ranchers and farmers.

Between 1862 and 1864, gold was discovered in several places in southwest Montana. Prospectors came in droves and mining camps sprung up everywhere. Soon, there were thousands of miners to feed. Cattle ranches sprouted up all over western Montana to supply mining camps with meat. Most of the cattle were trailed from Oregon…Conrad Kohrs started as a butcher boy in a camp called Grasshopper Creek. When the rush to Alder Gulch began, he followed and established a beef market there. Kohrs eventually controlled and supplied the beef for nearly every gold camp. In 1866 he purchased the Grant ranch near Deer Lodge. He became the largest cattle owner in Montana and the entire Northwest.(2)

A native of Denmark, Conrad Kohrs emigrated at the age of 15(1) and eventually headed west in hopes of striking it rich like so many eager young men. With only some success in Canada and California, he joined the movement into western Montana and Grasshopper Creek where he realized the opportunities for wealth were greater by feeding the miners than competing with them. It was then he established a butcher shop and traveled around the territory searching for prime beef. He had several brushes with the highwaymen who plagued the isolated roads of Montana. Determined to stop these murderous bandits, Kohrs joined a group of Virginia City vigilantes, and helped track down and hang the outlaws. By 1864, robberies in the territory had plummeted.(3) Conrad was in need land to house his growing cattle herd and purchased the Grant ranch near Deer Lodge, Montana in 1866 for $19,200 for the land, herds, buildings and equipment.(4)

The railroad into Montana, still a territory at this time, completed in the early 1880’s which made it possible to market the cattle and the roundups began, but not without serious challenges. Because of the challenges, Stockgrowers Associations were formed, the first in 1881. They discussed the Indians, predators, diseases, legislation and outlaws. The Indians were starving and often stole cattle; the white man had killed all their bison. Wolves were destructive predators, hunting in packs and killing cows, calves and many sheep and lambs.(2)

Conrad Kohrs, one of Montana's first cattle barons and greatest pioneers, passed away in Helena, Montana in 1920.

• At age 15, he went to sea and over the next 17 years worked as a seaman, a butcher, a sausage salesman, ran log rafts down the Mississippi, and worked in a distillery.

• Sold by Kohrs grandson, The Grant-Kohrs Ranch was designated as a National Historic Landmark on December 19, 1960 to commemorate the Western cattle industry. The current park, created in 1972, is maintained as a working ranch by the National Park Service.(4)

• Part of the original Grant-Kohrs Ranch, the land existing Rock Creek Cattle Company sits on was more specifically part of the Kohrs and Bielenberg Land and Livestock Company, which was sold in three large parcels after the dissolution of the Grant-Kohrs cattle empire.(6)

• In 2008, Conrad Kohrs was deservedly inducted into the Montana Cowboy Hall of Fame.

• Author Patricia Nell Warren is a descendent of Conrad Kohrs and lived on The Grant-Kohrs Ranch.

I can’t possibly do justice to the long history of cattle ranching in Montana or Conrad Kohrs extensive contributions to it, so I do hope that readers will take the time to learn more on their own.

“Range Wars” between cattlemen and sheep growers didn’t happen in Montana. For a time, Montana cattlemen found it profitable to raise sheep. Then, when cattle became profitable again, they switched back to cattle. Montana ranges support a wide variety of grazing animals, both wild and domestic. (http://www.nps.gov/grko/historyculture/conradkohrs.htm) 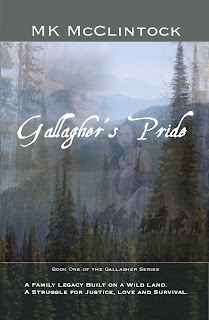 She was on a quest of discovery.

He was on a quest for revenge.
Together they would discover a second chance.

Brenna Cameron travels from Scotland after losing someone she loves in search of family she didn't know existed. Alone now in the world, Brenna makes an arduous journey, following the trail of discovery to Briarwood, Montana. Here she meets Ethan Gallagher, and the rest of the Gallagher clan. Only with their help is she able to discover lost family, heal old wounds and embark on a treacherous confrontation with a man who destroyed her family.

As head of the Gallagher clan, Ethan has more than enough to occupy his thoughts and time-he didn't need the complication of Brenna Cameron and he certainly didn't need the trouble that came with her. Ethan takes on the unwanted duty of self-appointed protector to the headstrong Scot, only to discover there is such a thing as second chances and more to life than revenge. 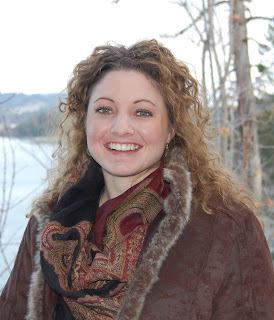 McClintock is an entrepreneur, baker, photographer, tour host, review and writer. She was born on the west coast, but after less than eight years she left with her family to the Rocky Mountains. After more adventures around the country, business college and culinary school, McClintock found a place to call home in Montana.

Over the years McClintock traveled the country and visited magnificent Scotland. She dreams of a time when life was simpler, the land rougher and the journey more rewarding. With her heart deeply rooted in the past and her mind always on adventure, McClintock will always call Montana home.

MK is giving away 2 ecopies of Gallagher's Pride. Leave a comment and include your email address to be entered. The drawing will take place June 10th.


Thank you for joining us today, MK. After reading your excerpt, I'll be adding Gallagher's Pride to my TBR list and look forward to Gallagher's Hope in August 2012.