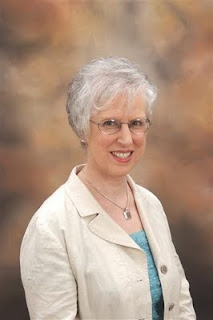 I'm pleased to have my good friend Sandra K. Marshall as my guest today. Welcome Sandy and may you sell many books. You know I'll be ordering my copy today.

Sandra K. Marshall worked for a major airline for thirty-six years and did extensive travel during that period. In 1999 she retired to write full time and seriously worked toward publication.


She had an idea for a book that developed into a trilogy. To write these books, she did research by working for nine months at a local riverboat casino. This was a fun job for a while, and it was after I left there and started my first book that I knew I had enough information for more books. Fortunately, there were secondary characters who wanted their stories told to.

Addiction, the second book in the trilogy is being released November 6th by Eirelander Publishing.

Two men are after the same woman but for very different reasons. 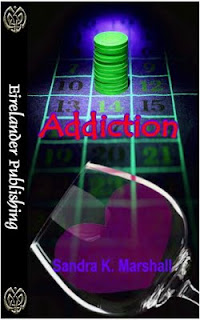 Dark-haired beauty, Jolene Dubois has a serious problem, and it's not just battling alcoholism. Late at night, she receives whispered calls. "Jolene, I want you. I'm coming for you." Shivers climb up her spine and ice flowed in her veins. What does he want? Who is it? She must figure it out before she trusts the wrong person.

Jake Farrell, the handsome rogue is an operator with women, but is he hiding something dark and sinister under his cheery facade. The detective, Andy Martin, who investigated her father's murder, continues to ask her out. Les Voodré, an alcoholic she met at AA follows her everywhere, and Ron Keisler, her AA sponsor is always there when she needs him. Could her caller be one of these men?

To further complicate her life, she fights a host of addictions, alcoholism, smoking, gambling and sex. Jolene is determined to beat the alcohol and to stay out of the clutches of the fiend who phones her.

Sunday, September 23, 2007
Alone at the White Chapel Memorial Gardens in Gladstone, Missouri, Jolene Dubois stared sightlessly down at her father’s gray, flat headstone. Memories of her father and mother arguing when she was four years old still haunted her. He’d stomped through the house slamming doors and never came back.

His abandonment had left her bewildered and lost. Even at twenty-six she still numbed the pain with alcohol. The pressure from her sister and brother to straighten up made her even more reckless. It wasn’t until her mother told her to stop feeling sorry for herself that she went into rehab.

The cold seeped into her limbs, and her gaze returned to focus on the words written on the gravestone. Robert Dubois, born 1950, died 2006. No words of love. Nothing good could be said about him, so he was given a simple inscription to the shell of a man.

It was the way she felt, empty. She gazed at the large oak trees sightlessly. What would be inscribed on hers?

At church today, the priest talked about absolution, and his homily reminded her of the step she hadn’t finished with AA. She had to forgive herself, and in order to do that she had to pardon her father for all his sins.

She gripped her brown leather purse and glanced at the overcast sky. How could she let him off so easily? Yet, she must. She didn’t have the right to judge him, or herself. Her gaze returned to her father’s grave.

For weeks, she’d gone to church and begged God to have mercy on her, but didn’t believe He could. How could He, when she couldn’t absolve herself for not protecting her friend?

Not until this morning, when Monsignor Bud spoke as if directly to her, had she thought she might be able to forgive her father. Kneeling in the mound of dirt by the stone, she brushed the dry fall leaves aside and rubbed her fingers over the name Robert Dubois, the inscription smooth in its newness.

Oblivious to everything except her self-hate, she remembered the night she’d been passed out in the closet while her father raped her friend. With trembling fingers she swiped at the tears dangling from her lashes. “Daddy, I forgive you.” She leaned her head on one jean-clad knee and wept.

After a few minutes, she realized she was wetter than just her tears would make her. She lifted her face to the sky, rain pouring on her, hair dripping with water. Oh God, help me.

She rose slowly, her thoughts on God with the knowledge He cried with her and this was his way to show her He forgave her. Coming here to forgive her father had been the right thing to do. Drenched, she walked slowly towards her sports car.

If only she could forgive herself so easily. “But - I can’t - let you off, Jolene,” she whispered. The cold pierced her body, and she clutched her olive green jacket around her shivering body.

You can purchase Addiction at Eirelander Publishing and contact Sandra by clicking on these links.

Thank you for sharing with us today, Sandra. Readers, leave Sandra a comment or ask her a question and you'll be entered in my monthly ebook drawing.

Linda
http://www.lindalaroque.com/
Posted by Linda LaRoque at 12:00 AM