Welcome to the Cowboys and Lawmen Blog Hop

My first perception of lawmen in the old west was from the television show Gunsmoke. Marshal Dillion always got his man and Miss Kitty was always there to help and pour him a drink. As a girl I often wondered what I would be if I lived in the old west--a farmer's wife or a dance hall girl like Miss Kitty. Of course I didn't have a clue what girls in saloons did.

Have you ever wondered what the difference is between a Marshal and a Sheriff? I have and while writing My Heart Will Find Yours, I decided it was time to find out. A sheriff is an elected official of the county, and a marshal is an appointed officer, either federal or state. A marshal covered a large territory and deputy marshals were placed under his command. A town could also appoint a Marshall and often deputized men to form a posse.

Typically, a sheriff would want o keep his constituents happy. And on occasion wealthy ranchers helped someone get elected and expected favors in return. How many movies have we seen where the town sheriff was in the pockets of the guys trying to take small landowner's land, tear down fences or run off homesteaders? Who did the town call on if the sheriff was crooked. A state or federal marshal.

Here is a blurb of the short time travel in PDF Format, A Marshal of Her Own. I'll be giving away a copy to one person who comments and leaves their email address. 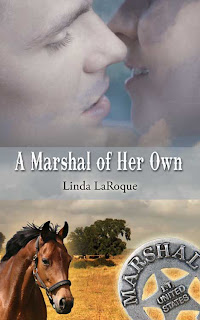 Dessa stood still and watched as they conversed. Something stank to high heaven about this entire situation.Why were the cops chasing robbers on horseback? It’s not like Fredericksburg was that isolated. She glanced at the captured men. The boy moaned, and she made a step to go over and help him. The Marshal spun, and the expression in his eye froze her in place.

Visit me on May 4th on Sweethearts of the West where I'll be posting about "Tumbleweed Wagons" and the "Three Guardians". 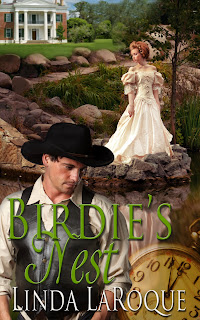 My newest time travel is Birdie's Nest. It's available at

Don't forget to leave me a comment to be entered in my drawing as well as the grand prize drawing. YOU MUST INCLUDE YOUR EMAIL ADDRESS.

Use this link to return to Cowboy Charm so you can continue your journey.