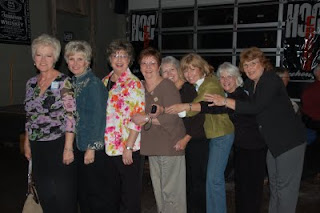 I'm fortunate enough to have attended high school in the early 1960s and graduated from University High School in Waco, Texas in 1964. It was a fun time, but also one of controversy. The gyrations of Elvis had been "sorta" accepted by society and greasy duck tails were out of style. J. F. K. had been assassinated. Then the Beatles came along with their long hair. The biggest issue, however, was Vietnam and the draft. Despite it all, we grew up, and went on to college or jobs. Some married and had families. Many of our young men went on to serve in the military.

It was a time of mood rings, Liz Taylor blouses, Madras plaid, slim skirts, and bouffant hairdos. Boys wore their shirts tucked in their jeans or slacks. Problems at school were different from the ones students and teachers face today. If drugs were available, I didn't know it. Yes, alcohol was around and many young people smoked. There were fights after school on occasion, but few on the school grounds. Students were paddled when they misbehaved or sent to detention. When the principal got on the loud speaker to reprimand us, it involved issues like boys keeping their top shirt buttons buttoned and being careful to keep the walls clean in the bathrooms. The mini-skirt craze hadn't arrived yet. Girls weren't allowed to wear low neck blouses and if we did, the counselor had a lovely big collar that covered up any bare skin.

We had a student center just outside the office with a television. Students watched programs before the first bell rang and if teachers allowed were able to watch parts of the World Series. The landings of Mercury 8 & 9 were televised and students congregated around the small screen to watch history being made.

The classes of '63, '64, & '65 were a close bunch. We've had reunions every ten years since graduation. It's fun to meet, visit, and rehash memories from the past. It's amazing to see how some people have changed, others not so much. Even though we're older, wiser, some of us broader, others thinner, we still have a lot to talk about.

How about you? Do you attend your class reunions?

Thanks for reading. Don't forget to leave a comment to be entered into my ebook drawing.

Posted by Linda LaRoque at 1:04 PM