A Marshal of Her Own Release Contest

A Marshal of Her Own, a short time travel set in 1890s Prairie, Texas will be released in ebook format only by The Wild Rose Press on November 23, 2011.


A Marshal of Her Own is a sequel to A Law of Her Own available at the Wild Rose Press, Amazon.com, B&N.com and other online book seller. 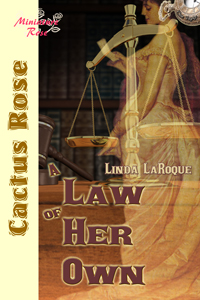 Blurb of A Law of Her Own:


When Charity Dawson resigns her father’s corporate law firm to pursue a career as a trial lawyer, she gets more of a change than she wanted. She finds herself transported to 1888 Texas in the middle of a murder trial.

Turner Reardon is on trial for killing his mistress. He’s given up all hope when an oddly dressed young woman disrupts his trial, claiming she can prove his innocence. Her testimony is brilliant, but his optimism is short lived when she also claims she’s a lawyer.

Charity doesn’t know how she arrived in Prairie, and no one believes she actually went to law school. Her evidence is tossed out and Turner is sentenced to hang. She has only one chance to save an innocent man’s life and find the real killer.

The third story in this series, A Love of His Own is awaiting a release date. 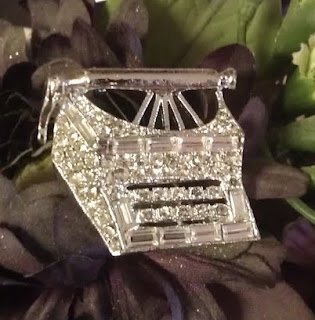 To celebrate the release of A Marshal of Her Own, I'm having a contest. The prize is a vintage rhinestone typewriter pin similar to the typewriter given to Dessa Wade in this story. It is approximately 1 3/8 by 1 3/8 inches.

I hope you'll enter, and if you haven't read the first book, I think you'll enjoy it.

Stay tuned as Born in Ice will be out in early December and I'll be announcing a contest for it also.

Thanks for Reading and Writing.
Linda
http://www.lindalaroque.com/
Posted by Linda LaRoque at 9:28 PM

Email ThisBlogThis!Share to TwitterShare to FacebookShare to Pinterest
Labels: A Law of Her Own, A Marshal of Her Own, contest, free rhinestone typewriter pin, time travel romance