Hey, Linda! So clad you invited me to blog for you. I loved your visit with the Pink Fuzzies.


Expiration dates on books or food.

Do you clean your refrigerator often or after you find food that has been around so long you don't remember when you served it? I admit I don't purge food more than a week old, as some folks say they do. I do sometimes check for food that doesn't look familiar anymore. That I do toss. Sometimes I find colorful growth inside containers. With no kids in my house I have no need for science projects and I don't enjoy identifying kinds of mold, so those go. 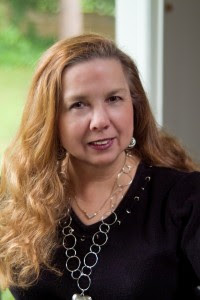 I know folks who toss food on the sell-by date. What a waste.

About those manuscripts you wrote years ago. You know, the ones you had rejected time after time by editors and agents. Got any you didn't have the nerve to submit because your critique partners didn't love them or contest judges scored them closer to freezing temperature than summer heat? Maybe there were some between-the-lines comments that translated to "Don't quit your day job."

Do manuscripts have expiration or sell-by dates? I don't think so. Brush the dust bunnies off one of your old manuscripts and read it again. If reading them reminds you why you loved the characters or the story, clean it up and replace the rotary phones in the story with cool gadgets.

You take those manuscript folks said were ugly and that you dressed funny and spiff 'em up. Get new glasses or better hairstyles for those characters you love and toss 'em back into the pool. This time they might swim, even if you have to slip a toe into the dark side of the publishing pool, Indie publishing. For that matter you could just jump in and swim.

I have self-published 2 novellas and 2 novels since May of 2011. I still have manuscripts I don't believe will sell to publishers. No, I haven't sold a lot of copies, or even given away thousands of copies of the free novella, but some folks have bought copies and said good things. As long as they languished on my computer, no one could read them.

Haunting Refrain is a paranormal romance with ghost facilitators and reincarnation. At one point I was told there were too many elements. For today's paranormal market the book doesn't have enough elements, No vampires, superpowers or demons. Bummer! But wait! There might be readers who still like this type of story. 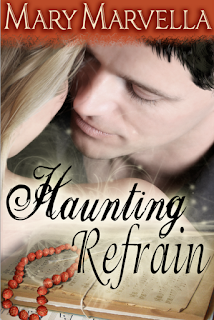 William has tried not to become sexually involved with Sarah. He doesn't do long term sexual relationships. He has loved Sarah since forever. She has been his friend and he didn't want to screw up their friendship. (Pun intended.)

William smiled as he drifted into consciousness. He smelled Sarah’s fragrance on his pillow. He listened for her breathing. “Sarah?” Nothing. Sweeping his arm around he felt for her. Where was she? In his bathroom? No he didn’t hear water running.

His alarm shrilled. Hadn’t he just fallen asleep? Was Sarah in his kitchen? He could surprise her by slipping his arms around her and ...

Rational thought burst that vision. She’d be back at her house. After all, she had parents who would expect her to sleep in her own bed, more’s the pity. He’d enjoyed having her share his big bed. Well, after last night things had changed.

It had to be at least ten o’clock. He’d planned to sleep late, then head for the school library to continue his research.

He rose and punched the snooze button, then plopped back in bed. Stretching, he remembered something had bothered him when he and Sarah had made love.

Oh, yes. Now he remembered. In all the years he and Sarah had been together, he had seen her in all kinds of bathing suits. None could have revealed the birthmark under her breast, yet he had known it was there. How?

He’d made love to other women before. Each had been different, but last night had made him understand why he hadn’t stayed with any of them. The psychologist in him had thought the term “love-making” was a euphemism for having sex, especially with someone he respected and cared about.

The snooze shrilled again. Energized, he turned the alarm off and showered. For the first time he could remember he sang in the shower. Maybe he was capable of loving and being loved. He nearly cut himself shaving around his insistent smile.


PLEASE COMMENT IF YOU WANT A CHANCE TO WIN A FREE DOWNLOAD OF HAUNTING REFRAIN.
Posted by Linda LaRoque at 12:05 PM