Ute Carbone and her New Release—To the Wind—a Historical Romance! 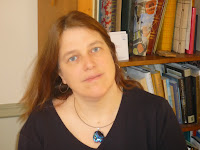 Welcome Ute. I'm so glad you explained how to pronounce your name as I've often wondered. It's beautiful. Readers, leave Ute a comment today as she'll be drawing one lucky winner to receive is book 1 in this series—Sweet Lenore.

Ute (who pronounces her name Oooh-tah) Carbone is a multipublished author of women’s fiction and romance. She lives with her husband in New Hampshire, where she spends her days walking, eating chocolate and dreaming up stories.

Break out the good chocolate! I’m celebrating a new release this week. To the Wind is part two of a series of historical novellas. Set in the 1850’s, the stories revolve around two characters, Anton Bourdreaux, a clipper ship captain and Lenora Brewer Bourdreaux, the daughter of a wealthy ship builder.

You may wonder how a comedy-and-contemporary author like me wound up writing a historical series. About a year and a half ago, the publisher at Champagne Books put out a call, or request, for novellas featuring dark heroes. I had wanted to write something historical and I liked the idea of trying it out as a novella, a short form that is quicker (though not necessarily easier) to write than a feature length novel.

I wrote Sweet Lenora, the story of a ship builders daughter who stows away on a clipper ship to avoid an arranged marriage, and the captain of the ship she stows away on, who becomes her protector and later, her lover and husband. My editor and the publisher liked the story and it became part of the Dark Heroes series.

There was only one problem. The story didn’t feel quite….finished. So I decided to write a sequel. To the Wind is the result. The characters still aren’t finished telling their tale, so I’ve written a third part and am planning several more stories.

Anton and Lenora are a departure from the contemporary fiction I usually write. But departures can be a good thing, and I’ve loved writing about another time, with characters larger than life, and adventures on the high seas. I hope readers will love Anton and Lenora, too.

Books and Stories  by Ute Carbone: 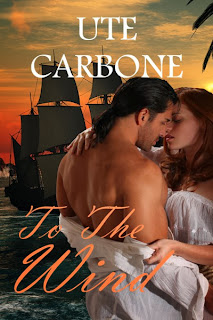 To the Wind
The Journey Continues
In this sequel to Sweet Lenora, Anton and Lenora sail away from trouble in Rio de Janeiro only to encounter new problems. With only half a crew and a first mate that is hated and feared, they venture to San Francisco plagued by threats, mutiny,and illness. As they arrive at their destination, the ghosts of the past come back to haunt them and may prove to be the greatest menace of all. At each turn, the love they have forged is tested. Will it prevail?